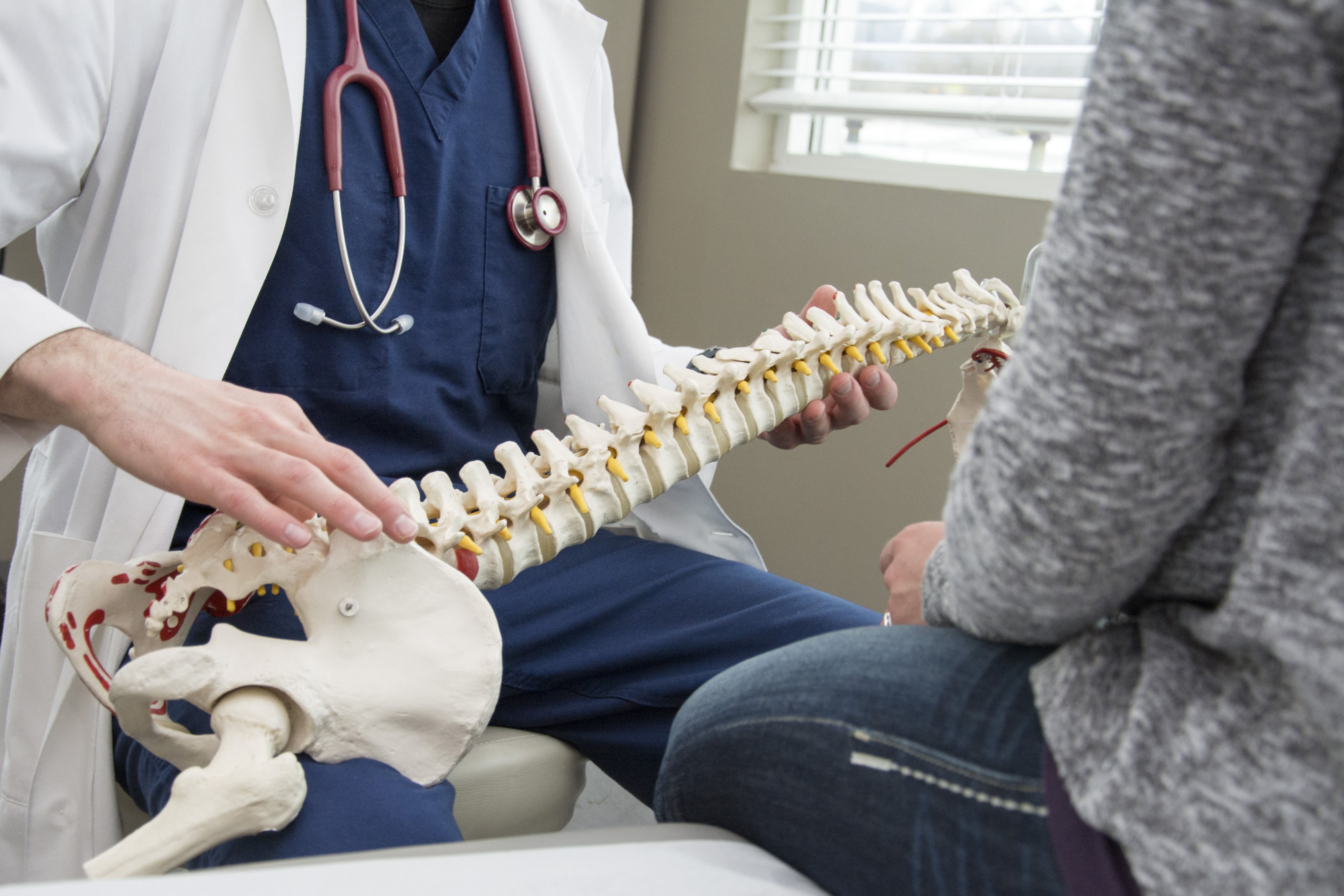 What to Know About Your Herniated Lumbar Disc

Hearing that you have a herniated lumbar disk can be terrifying if you don’t know what’s going on.

What is it? How did I get it, and how can I get rid of it? These are just a few of the questions that may be running through your head. Don’t worry; we have the answers.

Your spinal discs are kind of like the inserts in your shoes. They act as the shock absorbers of your spine and allow for movement while supporting your upper body.

That’s why it’s important to know what to do when something goes wrong. Here is what you need to know about your herniated lumbar disc.

What Is a Herniated Lumbar Disc?

Disc degeneration occurs naturally over time. The discs become shallower as we age, and the process can begin early in life.

Each disc has an outer ring and a gel-like interior. A herniated lumbar disc occurs when the inner layer ruptures through the outer ring. They are very common, and most people that have them and don’t even notice.

A lot of names, but they all refer to a herniated disc. Pinched nerve and Sciatica specifically refer to the kind of pain that it causes.

A herniated lumbar disc can occur at any time in life, but it most heavily affects people who are between the ages of 35 and 50.

Always remember to lift with your knees! A herniated disc can be caused by heavy lifting, sudden twisting, a tragic accident, or for absolutely no apparent reason. That’s why it’s important to see a doctor to discover the source of the problem.

Age, gender, smoking habits, obesity, and family history all play a role in getting herniated lumbar discs. So if you’re a chainsmoking, overweight male in your 40’s with a family history of herniated discs, I have some bad news for you.

What Are the Symptoms?

Pain is going to be the most obvious symptom. It is caused when the herniation presses against a nerve, and will generally only affect one side of the body.

This pain can occur in the following areas:

The pain can be excruciating and is described as searing, sharp, radiating, or piercing. However, it is usually not long lasting.

What Are My Options?

First, don’t panic. This is a very common condition that usually goes away on its own in about 6 weeks.

Your body will attack the herniation like it is a foreign entity. Additionally, water from the disc will be absorbed by the body. Both of these happenings will lead to the disc becoming smaller and less likely to hit a nerve.

There are a few options for dealing with pain in the meantime. You’re going to want to apply ice for the first couple of days. After that, apply heat. You can also try alternating between ice and heat to see if that helps.

Bedrest is good for a couple of days, but after that stiffness sets in, and that could potentially lead to more problems. Try to be active, but avoid injuring your back with violent movements or heavy lifting.

You can take ibuprofen for the pain. Massage therapy, acupuncture, and physical therapy are all great options for when you need to start ramping up treatment.

If none of the above helped, it might time to see a doctor.

At no point during this entire process should you be panicking, this is a common problem that most people will have to deal with at one time or another.

Your doctor is going to be interviewing you and giving an examination. The interview will try to get to the bottom of what caused the herniated discs and if there are other medical conditions that may be the actual cause of the problem.

During the physical exams, the doctor will be running a number of tests to check for pain, strength, the range of motion, and loss of sensation. This might sound invasive, but you’ll just be doing a bunch of walking, bending, and stretching. X-rays and MRI’s will also be taken.

If you are experiencing long-term pain a no other treatments have worked, surgery may be the next option for you.

Surgery should only be considered if the pain is lasting longer than 6 weeks, there are worsening neurological symptoms, you are experiencing incontinence, or if nothing else has worked. But even if surgery is elected, it’s not the end of the world.

The surgery to fix a herniated lumbar disc is non-invasive and has a very high success rate of 84%. The surgery takes pressure off the nerve root by removing a small portion of the disc. And after 1-3 weeks of recovery, you’re back to normal.

However, there are always risks when it comes to surgeries, and about 10% of those who undergo surgery will again have a herniated disc at the same spot. Be sure to discuss surgery with your doctor before coming to a decision.

A herniated lumbar disc is a common ailment. It can be caused by an accident, improper lifting procedures, or for seemingly no reason at all. Luckily, the pain that comes along with it should subside in a few weeks.

But for those who are still in pain, recovery may be a longer and scarier process. If you are seeking a clinic that specializes in non-invasive options, please contact us. We offer a wide array of surgical and non-surgical treatments tailored specifically to your needs.