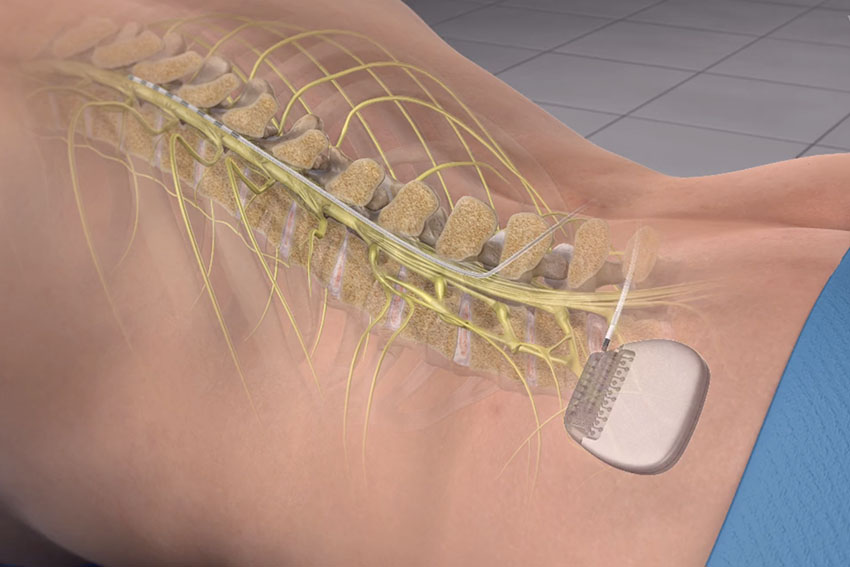 What: What is Spinal Cord Stimulation?
Are you curious about what this so called “life changer” for chronic pain is? While it sounds intense and maybe even scary, it’s quite the opposite. This effective, minimally invasive treatment is a two-step procedure. Since pain is transmitted through the spinal cord to the brain, spinal cord stimulators work to block the transmission of pain through the spinal cord.

Who: Who is Spinal Cord Stimulation For?
Stimulators are usually given to people who continue to have pain after spine surgery (failed back syndrome) or have nerve disease like diabetic neuropathy or chronic pain syndromes such as reflex sympathetic dystrophy.

A New Study Says it All
Researchers at The Ohio State University Wexner Medical Center have proven that patients who have chronic pain can reduce their emotional response to pain through the procedure known as spinal cord stimulation. The researchers at Ohio State’s Neurological Institute studied 10 patients who were implanted with a spinal cord stimulator to reduce their chronic leg pain. From this, they were able to support previous suggestions that emotional, sensory, and cognitive factors also influence how pain is felt. According to the study results that were published in the journal, Neuromodulation: Technology at the Neural Interface, the initial study provides insights into the role of the brain’s emotional networks in relieving chronic pain.

“We are the first to show that therapeutic spinal cord stimulation can reduce the emotional connectivity and processing in certain areas of the brain in those with chronic pain,” said principal investigator Dr. Ali Rezai, director of the Center for Neuromodulation. The research builds off previous findings that proposed the concept of the neuromatrix theory of pain. The theory states that pain perception varies according to cognitive, emotional and sensory influences. “Being able to modulate the connections between the brain areas involved in emotions and those linked to sensations may be an important mechanism involved in pain relief linked to spinal cord stimulation,” Dr. Rezai said.

How it Works for Emotional Aspects of Chronic Pain
Spinal cord stimulation may affect how pain is perceived in certain areas of the brain for people with chronic pain. Researchers mapped the areas of the brain involved in pain perception and modulation by using functional magnetic resonance imaging (fMRI). Focusing on the highly interactive region of the brain—known as the default mode network, which is associated with the emotional and cognitive aspects of pain—researchers found that there is a noticeable difference in activity level for patients with chronic pain. The difference in activity level in the DMN suggests it’s somehow impacted by persistent pain. The Future for Spinal Cord Stimulation in the Improvement of Emotional Aspects of Chronic Pain Using MRI scans, scientists were successful in mapping areas of the brain that seem to be affected by impulses released by the implanted device used in the procedure. Researchers now hope that understanding how the DMN region of the brain reacts to pain can lead to advances in pain control. “If we can understand neural networks implicated in the pathophysiology of pain, then we can develop new therapies to manage chronic persistent pain,” said Dr. Milind Deogaonkar, an Ohio State neurosurgeon who specializes in neuromodulation.

How Will You Know if Spinal Cord Stimulation Right for You?
If determined an ideal candidate for the procedure, a patient will then go through the trial period, which usually lasts for about a week. If you experience at least a 50 percent reduction in your pain following the trial, the device will be used long term. Although the level and frequency of the electrical impulses delivered from the device are pre-set initially, the patient later controls it himself or herself. Spinal cord stimulation helps lead to more active, fulfilling lives for many patients.