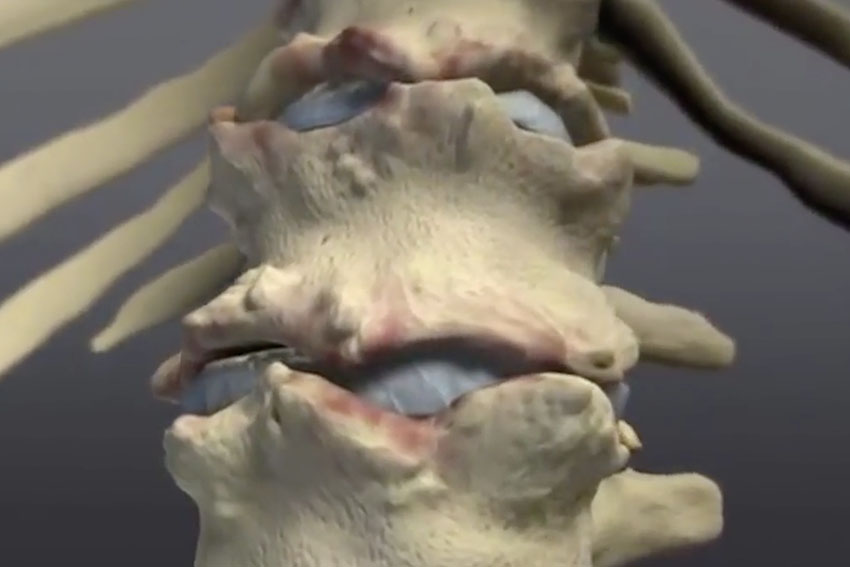 What is Ankylosing Spondylitis?
Ankylosing spondylitis is a disease that affects the spine and sacroiliac joints (SI joints). The spine is a complex structure connecting your head to the pelvis. It is made up of vertebrae, disks, facet joints and ligaments that provide strength and stability to the body, but also flexibility for neck and back movements.

Ankylosing spondylitis is usually seen in young males between the ages of 10 and 30 years old. Overall it affects 1.4 % of the population. It is an autoimmune disease of the spine which is associated with the genetic marker HLA-B27.

The immune system attacks the spine and sacroiliac joints causing damage and new bone formation. Bone forms across the disks in the front of the spine and facet joints in the back of the spine. This bone formation fuses the spinal vertebrae together preventing movement, making the spine solid and rigid. This causes back pain and stiffness and making it difficult to straighten up. The spine is not able to absorb movement and make snap in half like a branch during accidents or falls,

How is it Diagnosed?
Ankylosing spondylitis symptoms are diagnosed with X-rays, CT scan and MRI. The fused disk spaces give the spine a “bamboo” appearance on imaging studies. They also require blood tests to confirm HLA-B27 and rule out other diseases.

For more information on the symptoms and treatment options for ankylosing spondylitis, please reach out to our clinic in Hackettstown or Newton.